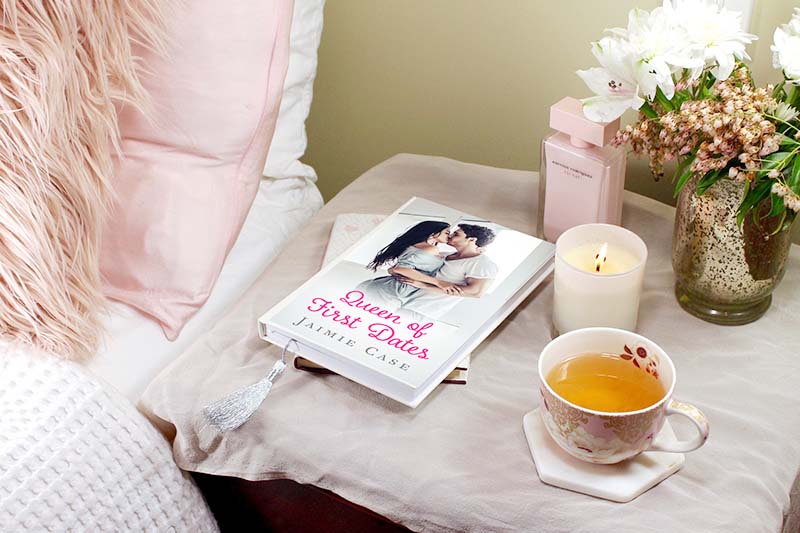 I received an ARC of “Queen of First Dates” from the author in exchange for my honest review of the story. Well, this is my first Jaimie Case story, so I was really excited to see what she had to offer. What can I say about it? Hmm…let’s see.

Julia or Jules is 26 years old and has a long-standing crush on her best friend’s older brother, Nolan, who was 29. Nolan was actually her first kiss when she was a high school freshman, and there were flashbacks within the story to show that there was some element of magic between them. Things didn’t progress from them back then because they had some sort of cat-and-dog vibes between them.

Fast forward to the present, Jules is now working as a reporter for the local paper and has been assigned to work on a series of articles focused on dating. There’s a catch, though. Jules had to go on those dates herself – 30 dates over 30 days – with Nolan shadowing her to document the dates on video. Despite Jules telling herself and her friends that she’s long gotten over her crush on Nolan, it’s obvious the chemistry is still there. How will Jules go on 30 dates with Nolan present on each one of them without things getting out of control between them?