Have you seen “10 Things I Hate about You”? It’s an almost 21-year-old movie that starred Julia Stiles, Heath Ledger, Joseph Gordon-Levitt, and Larisa Oleynik. Its plot wasn’t unique, as it was a modern retelling of a Shakespearean classic, “The Taming of the Shrew”. Don’t worry, though. This post will not delve into the details of the movie. No; this isn’t a movie review (I’ll probably save the reviews for later posts).

I just had to touch that movie because the list that Stiles’ character read out loud as a poem towards the end of the movie paved the way for her to reveal her true feelings for Ledger’s character. And, as you would have guessed, it sealed the deal for them, with them reconciling with a kiss. My point? Lists are important, people! 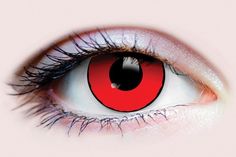